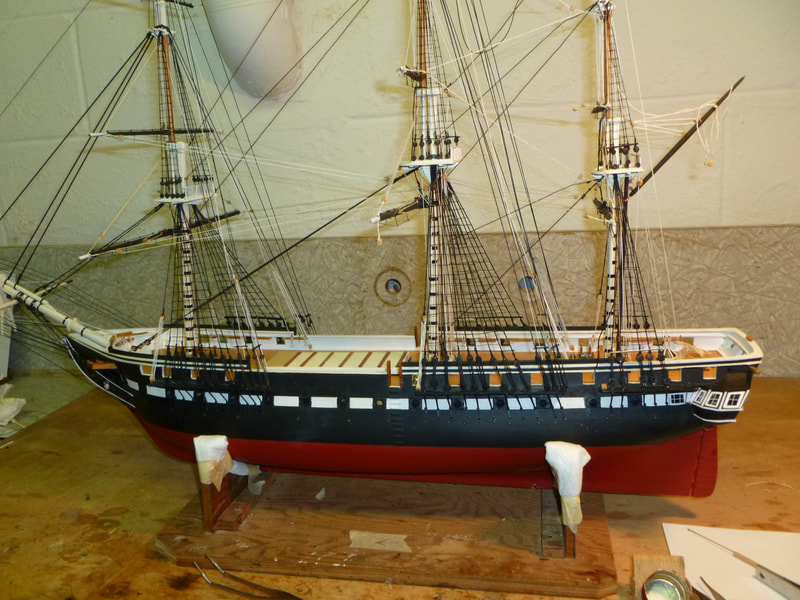 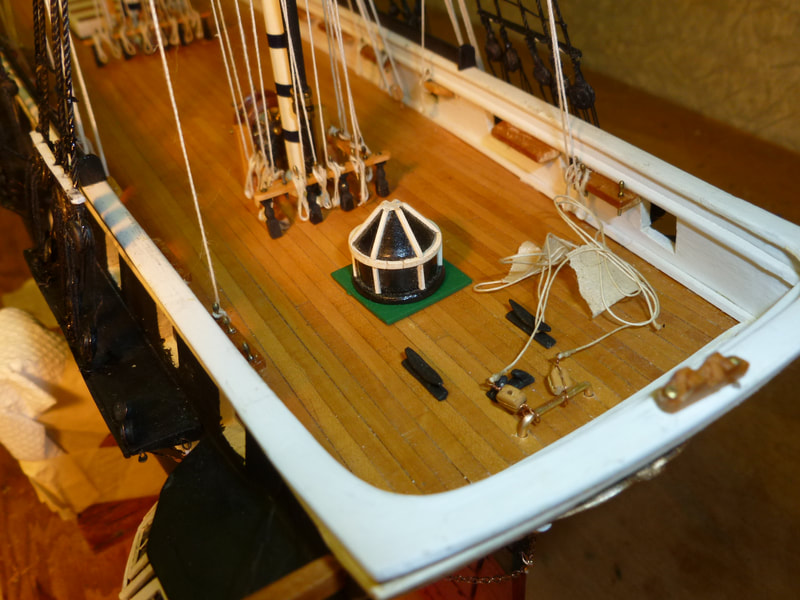 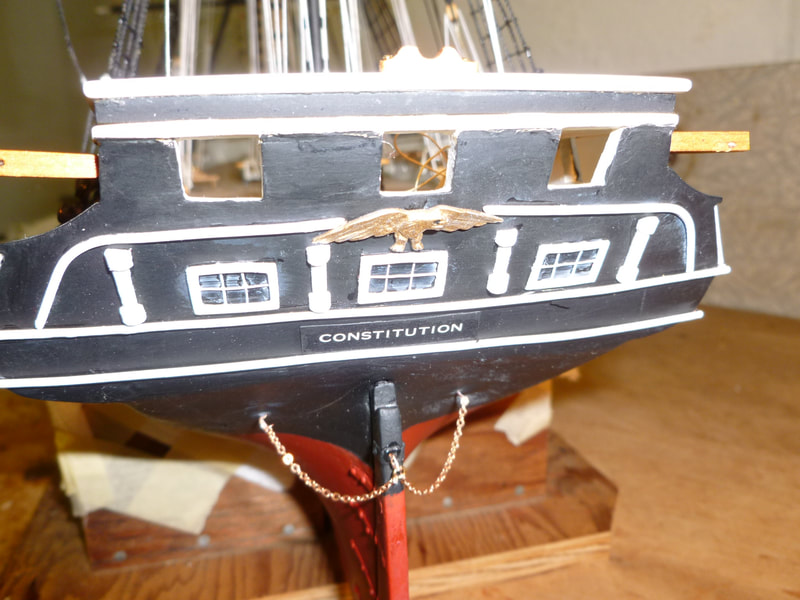 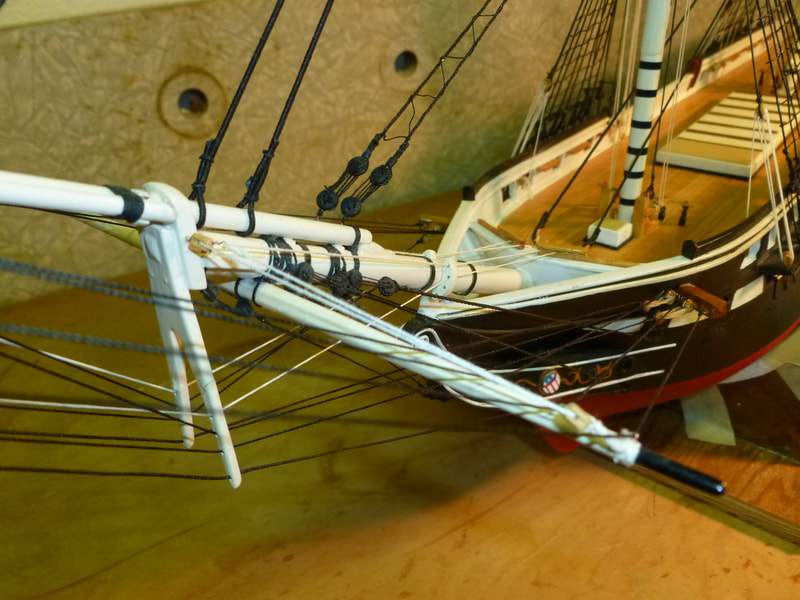 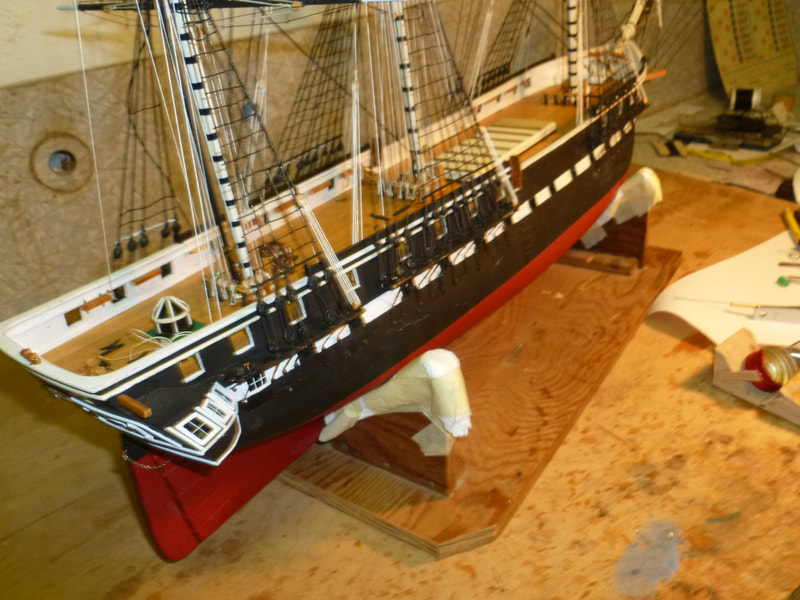 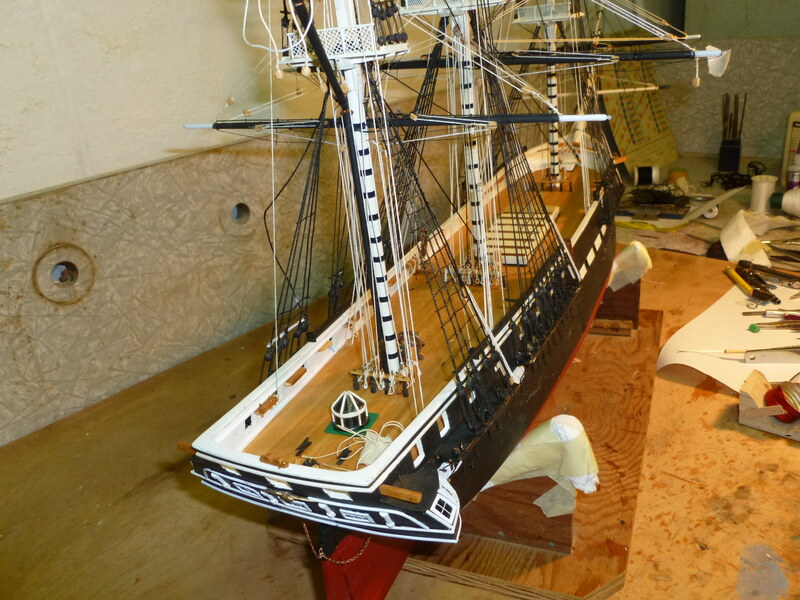 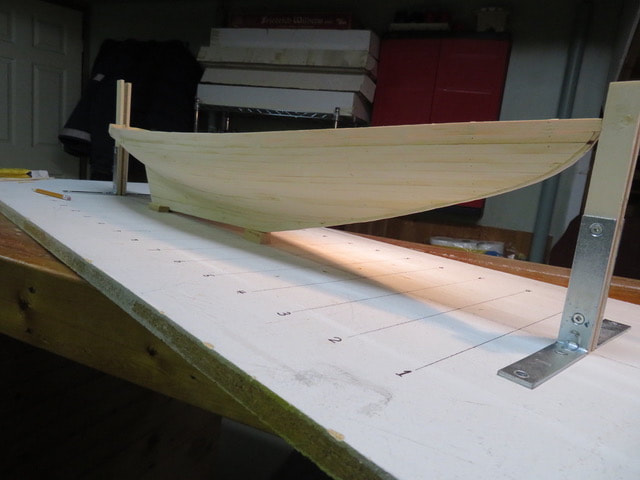 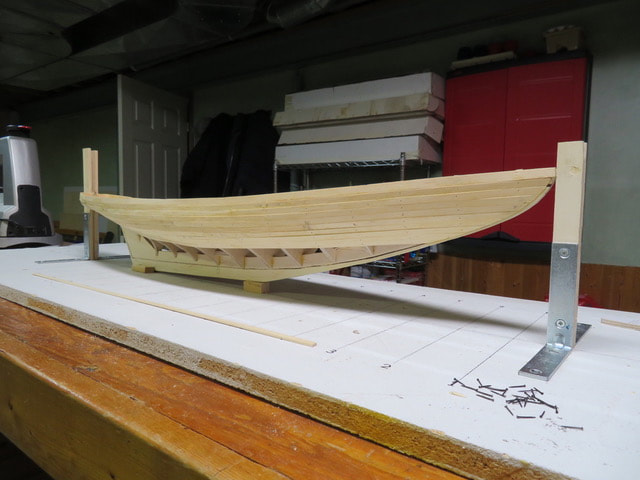 The Monarch
​I drew up the plans for the Monarch myself from the pictures in the magazine “MODEL BOAT” (issue Dec. 2014).  All of my models are made from scratch and are static.  The Monarch is 24 inches long, the hull is made out of white pine, bread and butter construction and cut out. The deck is planked with strips of mahogany—that I cut myself on my table saw with a jig I made. The rest of the boat is made out of 1/16 bass wood. The main saloon is framed from 1/8 sq. stock and covered with bass wood. The curtains I drew out on card stock and are glued from the inside. The hatches slide open & shut. The funnel is made out of dowel rod and is bored out. Railings are made out of brass and soldered together. I had many hours of fun building and painting this boat and I have added the Monarch to my collection of over 30 boats.
​Leonard Treppa

​The Tug "Sport"
The "little" tug/towboat Sport was built by the Kirby Brothers in 1873 for Capt. Eber B. Ward at his Wyandotte, Michigan shipyard. The 45 ton vessel was 56.7 feet in length with a beam of 14.7 feet. The entire hull was made of steel and it is believed to be the first steel commercial vessel so built on the great lakes. It was used throughout the Great lakes in the lumber business moving large rafts of logs, and towing schooners into various ports.
Although it was used as a general purpose harbor tug for various towing and marine construction projects in the Port Huron area, it was notable as it was used following the Great Storm of 1913 to temporarily replace the Huron Lightship which had been blown far out of position. It was also the vessel that took photographers and a diver to obtain the identity of the mystery ship found floating overturned after the storm north of Port Huron (Charles S. Price).
On December 13, 1920 Capt. Robert R. Thompson and a crew of five left Port Huron for Harbor Beach to pick up a barge, but in a gathering storm as they neared Lexington the vessel was overcome by high wind and waves.  Capt. Thompson ordered the crew to don life vests and launch the life boat. They rowed for shore and reached the beach about one mile north of Lexington.
Attempts to find the sunken vessel were futile as the exact location wasn’t known.  Sixty seven years later, June 1987, it was accidentally found by commercial divers about 2 ½ miles out from Lexington in about 50 feet of water. It is now a protected and popular dive site.
​
This model of the Sport is built to a scale of ¼ inch to one foot, and was completed in September, 2011 by Doug Abbott

The model of this Mercury Marine Outboard was the creation of Master Model Builder Leonard Treppa.  He has the talent of looking at things then drawing or sketching them, he will then create templates and cut the wood for the model.  Len has built more the 50 models of  sail, tug, and paddle boats, war and cargo ships, and famous movie vessels.